Well, after taking a week off last weekend, we were set for another Saturday morning soccer game. And we were up against a team that I assumed would be better than us.  We only had 4 girls this time. So Addie sat out at first. But then she went it.

:TIMEOUT:
Addison really seems to enjoy soccer. But she’s always just seemed to like the running around and really looked forward to the snacks after then game more than the game itself. But after playing both Fall/Spring last year, she did make some improvements. But even the first game this year, she seemed not really into the game itself.  Girls would have the ball and she’d run along side them looking at it instead of kicking at it herself. She was content to just run and wear the uniform. On the way home from that game, she was even upset that the other girls were trying to take the ball away from instead of letting her score! But obviously something has happened to her.
:TIME IN:

When Addie finally went in, she was all over the place. She was running and taking the ball from people. She was leading “fast breaks” (what do you call them in soccer?), she was scoring. Yes, scoring! She would take the ball, turn her body around it and then reverse direction instead of making wide arcing turns. Something clicked to where it was all fitting together it seemed. And she was so proud!

She ended up scoring 6 or 7 times. Honestly, not sure where all that came from.

Here are some pics. 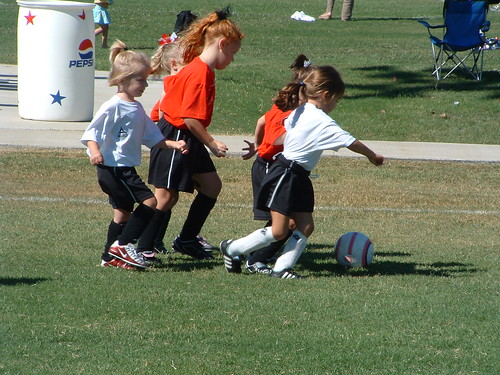 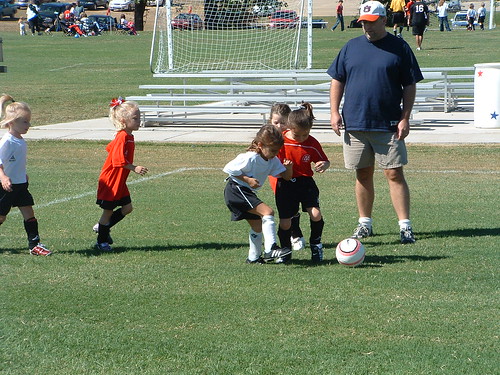 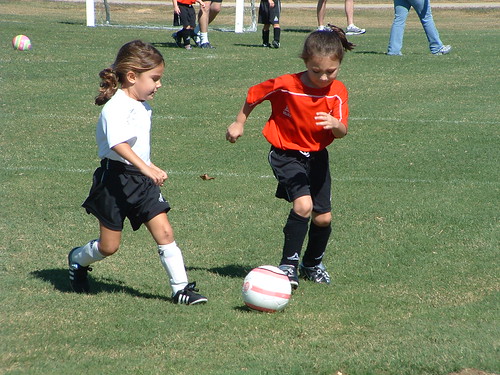 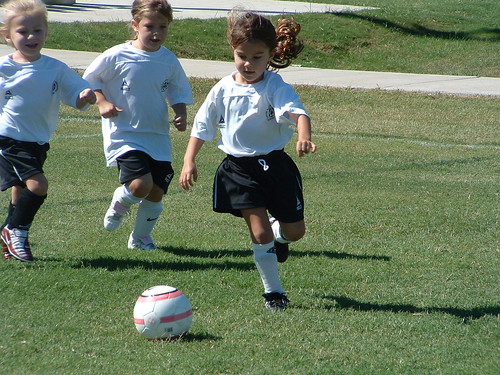 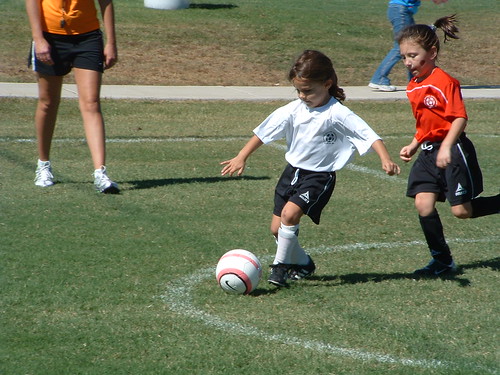