Somehow this year I got nudged into being the League Director for the U6 girls here in Clinton. Well, now it’s the U5/U6 combined. But I was figuring it would only be a few hours of work on the front end. Plug in a few volunteers w/ the teams and everything would be a smooth operation.

Only that there were not near enough coaches. I was sending emails and calling folks and kept hitting a dead end each time. This past Wednesday we had a league wide parents meeting and finally had some step up and say “YES!” and they’re put together. But getting uniforms to everyone and being the first gateway of questions and complaints….well, the pay just isn’t that good (for free).

But I looked back through some pictures from last year and my oldest playing soccer and I think it might all be worth it in the long run. She’s no soccer star by any means, but she enjoys going out there. Hopefully everything else continues to fall in place and games start as planned next weekend. 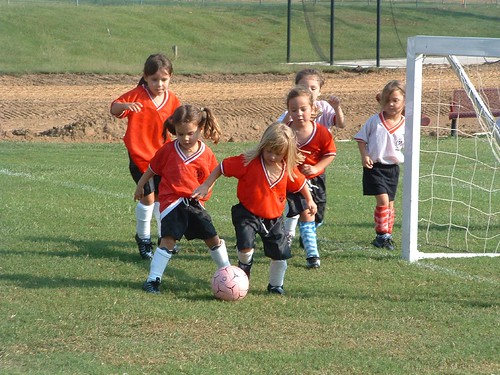 That’s mine in the pigtails. 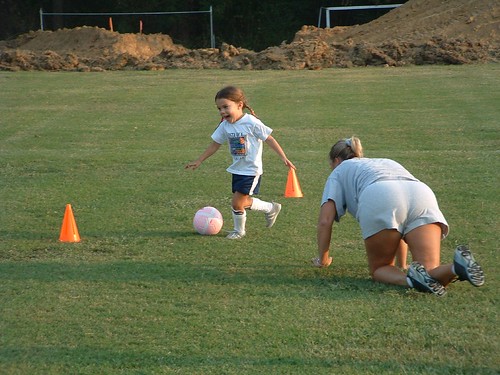 She was screaming and having a blast.

So once everything settles in and shakes out, it should be a good season. I’ll get some photos up when taken.