Well I’m back from the beach. We had some friends who were going to Destin, FL for a week. They were persistant with the invitations to join them. We finally gave in. And we’re glad we did. They have three kids same nearly same ages as ours, and they loved playing together.

I’d blogged pretty much every day of May until the trip. And then I only did it once from the beach. Sorry.But I did have some random thoughts while at the beach. So here come the bullets:

The time change isnt’ a big deal when you don’t change your watch at first. But I guess I should now.

We went back downtown today for lunch today to meet with an Orchard student that goes to Furman. Ate at Sticky Fingers. That is an aptly named restaurant. But then we went to the Discover Class. It is structured for people wanting more info on Grace Church. It was a two hour meeting. But was interesting.During this meeting there was the Saturday night service going on in the next building.

Afterward we got to go to the “debrief” meeting with the pastors after their service. Then a trip to supper with the teaching pastor and worship pastor. Both were really down to earth. Easy to talk with. Funny. But pretty straight on as far as talking Biblical stuff too.

Tomorrow will be a full day. Probably three or four church services. Might even squeeze in a service with Newspring Church too that recently opened up a Greenville campus.

The downtown area of Greenville is interesting. It was revitalized a few years ago, but is full of shops, restaurants, parks, plazas, and landscaping. Lots of unique lighting at night too. There is even a “Mice on Main” scavenger hunt.

I’m reading a book right now that is centered around an elite boarding school in the Northeast. From my knowledge (that is all from pop culture) it seems stereotypical. Mostly wealthy kids. Lots of sweaters, khaki pants/skirts, uniforms, lots of sports that are different from the South (squash, crew, field hockey, lacrosse, etc.), rebellion, lots of drama, old buildings with lots of wood and cool architecture,and good story lines for movies.

Sometimes I wonder if I would have ever liked going to a boarding school. I mean, if money were no issue. Some of these boarding schools have tuition for one year that probably rivals what my 4.5 years of college cost.  Part of it seems really cool. In some ways almost like going away to college as a 9th grader. I mean, think of some of the movies. Dead Poets Society, Toy Solidiers, School Ties, Rushmore, The Emporor’s Club, X Men, Harry Potter, Taps. And books like Jane Eyre, A Catcher In The Rye, and A Separate Peace.

Would I have enjoyed that? I know it would have been completely different from anything like Amory High School. I think I could have gone one of two directions (at least). But I could have been the guy who ended up being very quiet and just tried to take everything in, or I could have been the one who everyone knew because he talked too much a lot. It seems that there’s various moral pathways to choose too. Lots of opportunities for “new” experiences. Part of me looks back and thinks I would have really enjoyed the experience of being away and on my own like that.

But then I think to my own kids. What if they wanted to and somehow had an opportunity to go? Would I want my 14 year old daughter or son moving out of my home to live at least a day’s drive away for a semester at a time? Would I be willing to give away the responsibility of continuing to shape them and mature them in our own family ideals and beliefs? Give it away to strangers? That’s a heavy question. One I’m sure my wife would say “Heck no!”.

I’d say I think that I could handle going away to a school like that, but not sure I’d want my own kids to handle it. Plus, as a parent, I’d be giving up some fantastic years of sharing life together (even though I’d miss out on a lot of the teen drama.) And them sharing life w/ each other too.

So…if you’ve read this far: Would you have gone to a full time boarding school if you could? AND Would you consider sending your own children if they could attend?

The Day Is [Nearly] Done:

Well after finally getting into the room and cranking the AC up, I caught up on some email, took a shower to wash the air travel off of me, and took a nap. I had a headache. My alarm went off and I got up read to go to the Journey Bible Class at Granger. The headache was still there. And all I’d had to eat for the day was a muffin at 4:30am and cheese & crackers with Reese’s Pbutter cups at the airport. But I found some popcorn in the lobby as I left.

Without any wheels yet, I walked to the church. It is only a half mile. I kept looking for a BIG church building I’d see from a distance. But I didn’t. Which was cool. But the parking lot was filling and people were all filing in towards the front door. As I got there, immediately on my right was Connection Cafe, a little coffee bar and then some seating on the right as well. A nice lady w/ a nametag was saying to everyone at once, “I know it doesn’t look normal, but adults are taking the kids to their rooms!” I don’t think I looked lost, but anyway.

There were lots of people w/o being crowded.

I went to Bob Laurent‘s class he was teaching. It was on The Radical Jesus [I’ll post the notes in the next entry]. At first I didn’t clue into who Bob Laurent is. But he spoke at a youth weekend I was a part of back in 1990. I liked him a lot back then, and 18 years later I still liked his teaching. He’s pretty passionate. And there were LOTS of people there. Bob said 900. And I think with a big shift in what Granger’s mid week events used to be, that’s a pretty significant number.

But first impressions of Granger Community Church was A+. Now I can’t wait for Innovate tomorrow. I’m back in the hotel after stopping by Target for some toiletries and by Moe’s for some supper! Now I’m full and typing while watching John and Kate plus 8.

Well, I made it to Mishawaka

I’m sitting in the lobby of the hotel. I can’t get in just yet. The guy behind the counter says he sees the rooms blocked out for us, but can’t view the individual reservations. Merissa who made the reservations isn’t here yet, but I called her and she won’t have any different info for him because she doesn’t have the confirmation number. So, I’m sitting in the lobby. Wondering if I should try to walk over to Notre Dame vs paying $12 for a taxi ride there.

Granger Community Church is just about a half mile down the road, so I could walk down there and check it out. There are actually some going on tonight. I might give one of those a go to check out some of the changes that GCC is undergoing. Or I might go to bed early since I probably got 3 hours of sleep and have been on planes or rushing to them all day.

I got up at 4. Showered. Ate a muffin. Left for Tupelo. Flew to Memphis for a 37 minute layover. That means I rushed around to my next gate. Then I flew to Detroit. There I had another 37 minute layover. Interesting. But then I flew to South Bend and got a taxi to this hotel. So I could use some time on a bed infront of ESPN or something like that. And you can’t beat this wifi either.

But I know I won’t do that. I’m travelling, baby! Can’t be still for too long.

OH, and if things look different now and then, it’s because I’m trying out some new themes around the ole blog.

Next week I’m heading out to Indiana. I’ll fly into South Bend and then hitch a ride over to Granger, IN. I’ll be attending the Innovate 08 conference at Granger Community Church.

I had a friend that went last year and raved about it. And I read a few blogs of folks who had attended, and they said it was exceptional. My friend actually said, “It’s better than anything I’ve been to at Northpoint…” Those were some big words there.

So what am I looking forward to?

I will have frequent updates and maybe some pics/video of stuff while I’m there. I’ll “take you along” so to speak. 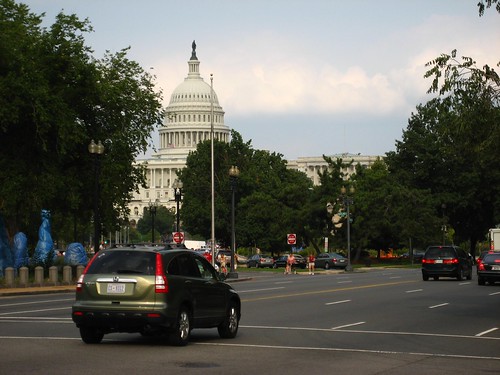 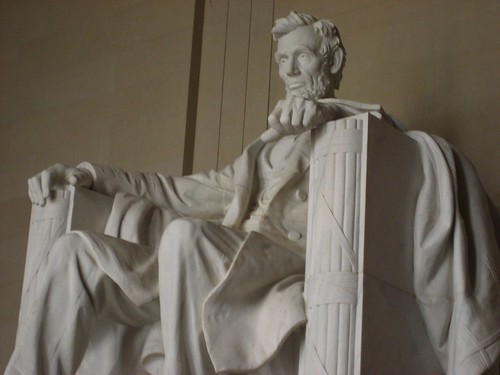 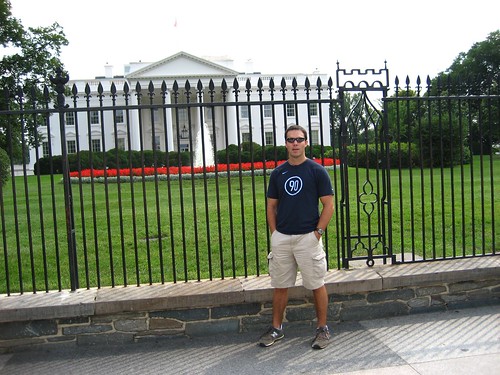 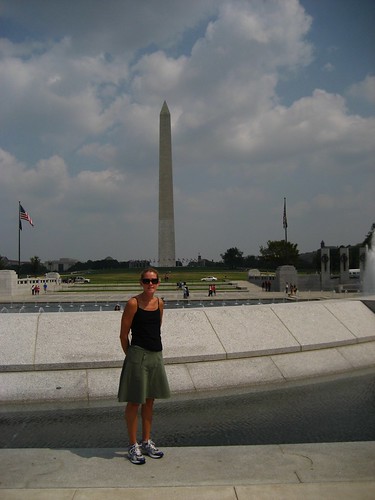 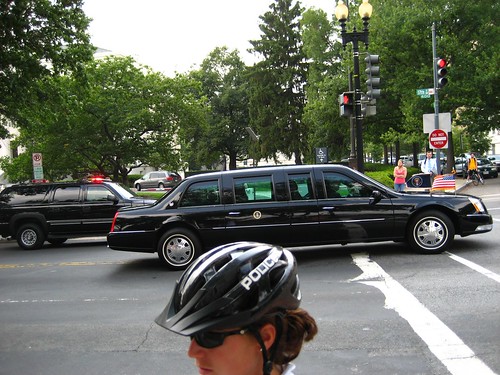 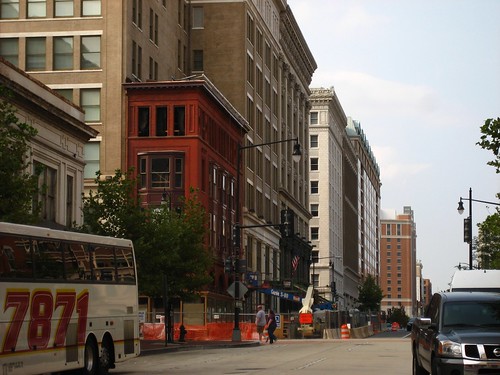 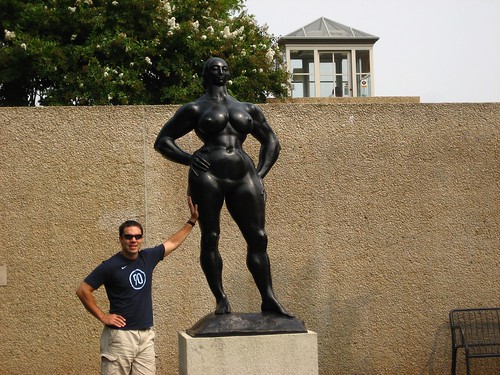 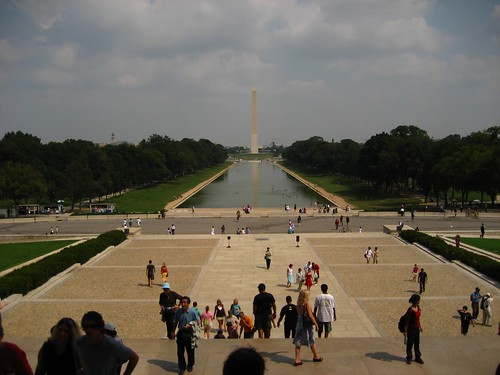 Here are some general observations I made on vacation:

Early this morning we roll back into town. We’ve been gone on vacation for the last 5 or 6 days. Orange Beach, AL!  So I’ve got a few stories to tell. A few observations. And tons of pics. It was good. 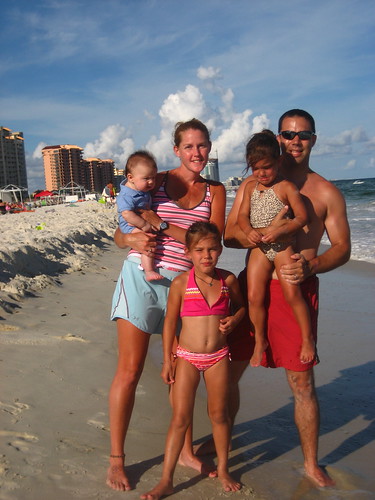 I absolutely loved crawling into my own bed in the very dark hours of night/morning. But when I work up this morning I missed being able to look out of my bedroom and see the pool and the ocean. 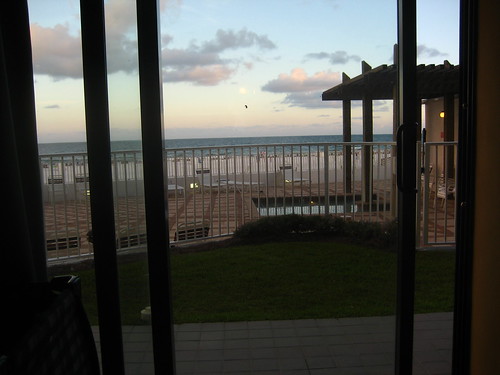 I wish I travelled with Matt

Surely you’ve seen the Where the He** is Matt video right? Where the guy traveled around the world and had videos of himself dancing in tons of major international landmarks?

Well Matt decided he wanted some company. This video is amazing. Check it out.

Where the Hell is Matt? (2008) from Matthew Harding on Vimeo.

I wonder how many frequent flier miles he has racked up?